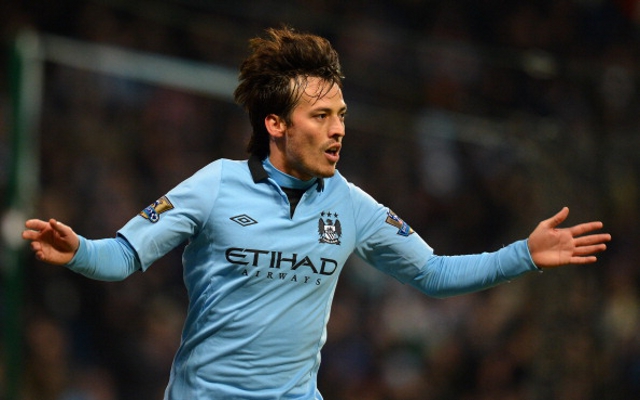 Manchester City David Silva is to be offered the chance to return to Spain in the summer after Real Madrid made the playmaker their top transfer target.

Spanish international Silva has moved to the top of Real Madrid’s wanted list along with Napoli striker Edinson Cavani and Tottenham midfielder Gareth Bale as the Spanish look to bounce back from a disastrous season.

The 27-year-old Silva, a World Cup and double European Championship winner with Spain, has been an integral part of the Manchester City success story in recent seasons since moving to the Etihad Stadium from Valencia in 2010.

Manchester City are preparing a summer clear-out with up to nine players potentially leaving the club and they will be reluctant to lose Silva, who is arguably the most creative member of Roberto Mancini’s squad.

Real Madrid, meanwhile, are also hoping to beat City and Chelsea to the signature of Uruguayan international forward Cavani, who could cost as much as £55million which is the release clause in his Napoli contract.

President Florentino Perez is also targeting the capture of Bale from Tottenham with some big name additions needed in the summer if he is to retain his position at the club in the presidential elections in June.