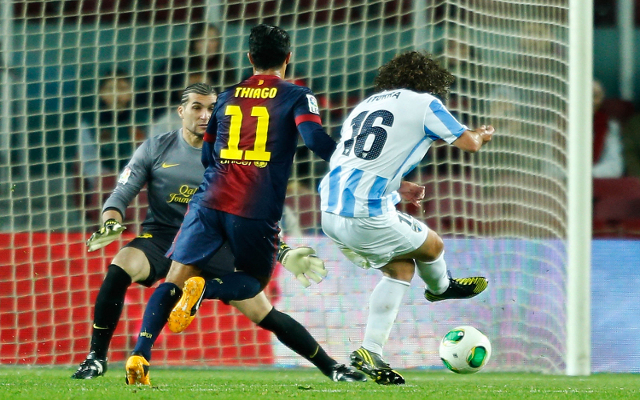 Anfield side keen on Chilean international.

Liverpool boss Brendan Rodgers is planning a summer move for Malaga midfielder Manuel Iturra and hopes to bring in the 28 year old on a free transfer this summer according to the Daily Mirror.

The La Liga side hope to convince the Chilean international to sign a new deal but a move to the Premier League may tempt the experienced battler.

Iturra only moved to Malaga last summer and has been something of a bit part player but has nonetheless found time to collect four yellow cards from seven La Liga appearances.

Rodgers may be keen to bring in another steely option as Brazilian Lucas Leiva is still to recapture the good form he was displaying prior to his lengthy period out with injury.

Prior to his move to La Rosaleda Iturra was a big success at Universidad Chile and has 34 national team caps to his name. He could be a cost effective option to add further strength in depth to the Anfield squad.