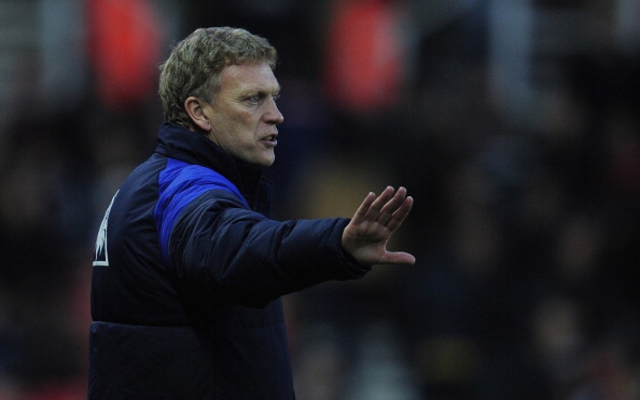 Manchester City are considering appointing Everton boss David Moyes as their new manager should Roberto Mancini be dismissed at the Etihad Stadium.

Mancini’s future came under even more scrutiny after Manchester City’s limp defeat at Southampton on Saturday, which all but ended their hopes of retaining the Premier League title they won last season.

And, according to the Sunday Mirror, Moyes has emerged as a serious candidate to take over the reins from Mancini at the Etihad Stadium if the Italian is axed in the summer.

Moyes, who is also under consideration for the Chelsea manager’s job – a decision on which is likely to be made in the summer, has yet to sign an extension to his contract at Everton which is due to expire in the summer.

He is attempting to guide Everton into the Champions League by securing a top-four finish, which would go a long way to persuading him to sign a new deal at Goodison Park.

The Scot, meanwhile, has revealed that he was interviewed for the position as assistant to Sir Alex Ferguson at Manchester United in 1999 but missed out on the job to Steve McClaren and instead continued in his position in charge of Preston.

“I met Fergie in the year they won the Champions League,” Moyes said in the Mail on Sunday. “He asked me to have a cup of tea with him. He was looking for an assistant. I met him but he gave the job to (Steve) McClaren.

“I was fine with that because I was enjoying what I was doing at Preston, but if that opportunity had come I wouldn’t have turned it down. Maybe it was a good decision not to do it. They went on to win the European Cup and have been very successful since but I’m happy with the way it’s worked out for me.”