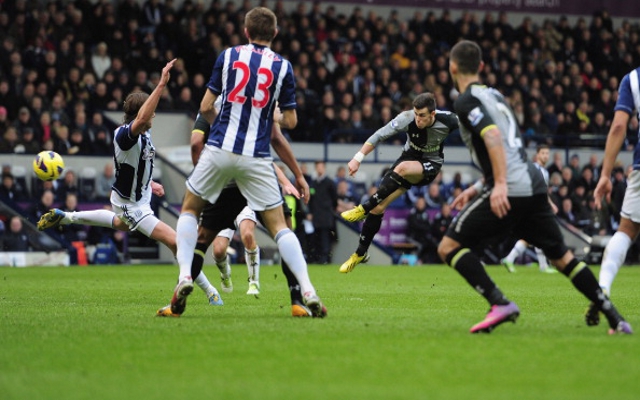 Real Madrid are already in the process of putting together an offer they hope will persuade Tottenham to sell Gareth Bale according to talkSPORT.

The Bernabeu side have made the 23 year old their number one target and will sell Fabio Coentrao to help fund the move for the Welsh international, who has been in fine form thus far this season.

Such is the push to bring Bale to the Spanish giants that club president Florentino Perez will base his forthcoming re-election campaign on bringing the Welshman to the club.

Any move to land Bale will surely be greatly helped if Tottenham fail to secure a Champions League berth for next term but even then there is no guarantee the former Southampton man won’t still be very tempted to push for a move to Real Madrid.

Bale has scored 15 goals in 29 appearances in all competitions this season and has managed 44 goals in 189 matches for the North London club since his £10m move to White Hart Lane in the summer of 2007.

One wonders quite how Jose Mourinho would be looking to use Bale and whether such a deal could lead to the departure of Argentine winger Angel Di Maria, who hasn’t been as effective this term as in previous successful seasons.