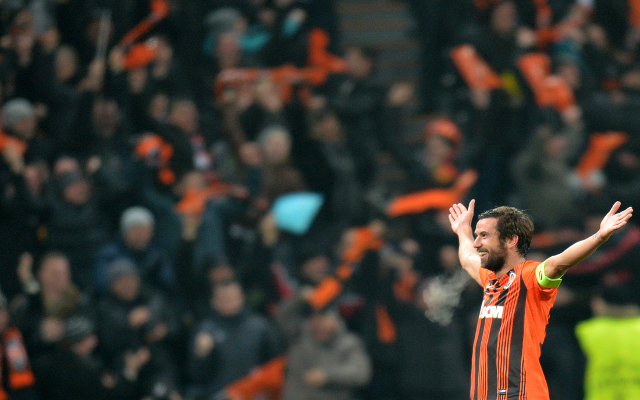 Borussia Dortmund twice came back from behind to earn a valuable draw from their trip to Ukraine.

Check in to Borussia Dortmund vs Shakhtar Donetsk

However, Dortmund’s impressive result will be overshadowed by the deaths of five fans and 12 injured when a plane from Odessa, south Ukraine, carrying 45 people crashed while landing at Donetsk airport, just hours before kick-off.

A minute’s silence was held as a mark of respect.

Dortmund twice came from behind and were heading towards their first European defeat of the season before centre-back Hummels powered home from a corner, three minutes from time.

“It is important that we are going into the second leg level and a 0-0 would see us through,” said Hummels.

“Certainly there were a few dangerous moments in defence, but against such an attack-minded team you can never avoid this.

“We were twice behind, so that is a fantastic consolation result.”

Hummels’ header puts Dortmund in pole position to reach the quarter-finals for the second-leg at Borussia’s Signal Iduna Park stadium in a fortnight.

Dortmund made a bright start when Hummels clattered the woodwork with a bullet header from a corner with only 17 minutes gone.

Donetsk took the lead when Srna smashed a free-kick over the wall and into the top right-hand corner with Dortmund goalkeeper Roman Weidenfeller grasping at air on 31 minutes.

Borussia responded and equalised ten minutes later when a Mario Goetze cross wrong-footed Lewandowski and the Donetsk defence, but the Poland star responded quickest to slot his shot home.

Donetsk went back into the lead when Costa scored a dream goal on 62 minutes just six minutes after coming off the bench.

Both Hummels and Germany team-mate Marcel Schmelzer failed to deal with a 40 metre pass out of defence from Donetsk defender Yaroslav Rakytskyy, but Costa controlled the ball with one touch, then slammed his shot home with the next.

At the other end, Lewandowski went close moments later as the German champions stepped up the pace in a bid to draw level again.

With time almost up, Schmelzer’s pin-point accurate corner from the left was met in the middle by Hummels with the Donetsk defence nowhere to be seen to give Dortmund a deserved draw.