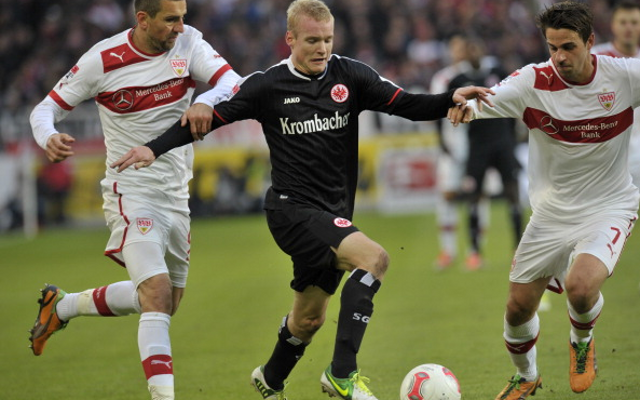 Arsenal hope to pip North London rivals Tottenham in the hunt for German midfielder Sebastian Rode according to the Daily Express.

The 22 year old has been in excellent form for Bundesliga side Eintracht Frankfurt, being an ever present and helping the newly promoted side to a surprise top four spot, his form helping to secure a run in the German under 21 international set-up.

The central midfielder has just 18 months to run on his current contact and is openly courting interest.

“The interest is known to me. I’ll keep my feet on the ground and not start dreaming,” he said.

“Eintracht Frankfurt and I have agreed to postpone the talks so I can concentrate on my football.”

Bayern Munich are also sniffing around and could well be the favourites to sign Rode.

Arsenal have brought in a number of players from the German top tier over the past few seasons with the likes of Lukas Podolski, Per Mertesacker and youngsters Serge Gnabry and Leander Siemann and Arsene Wenger may well see Rode as another young prospect who can strengthen his Gunners squad.