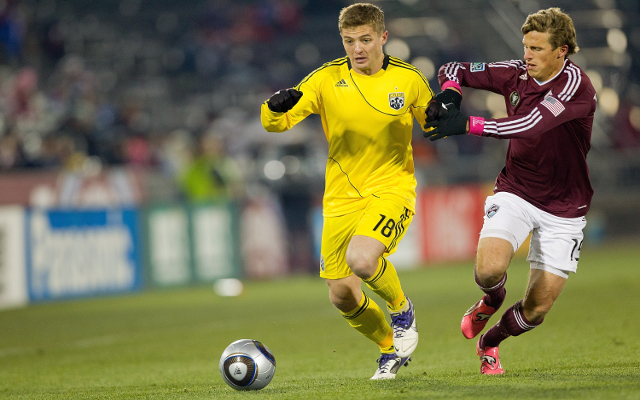 Check in to Manchester City vs Leeds United

Former United States National Team Midifelder Robbie Rogers announced in a blog posting that he is gay and that he is retiring from football at age 25.

Rogers, whose four-year stint with the Columbus Crew included a Major League Soccer title in 2008, played briefly for Leeds United this season but left the club after a loan deal to England League One side Stevenage expired last month.

In a blog posting linked to his Twitter account, Rogers made an emotional revelation under a message that simply said, “Just getting some sh*t off my chest.”

“For the past 25 years I have been afraid, afraid to show who I really was because of fear. Fear that judgment and rejection would hold me back from my dreams and aspirations. Fear that my loved ones would be farthest from me if they knew my secret. Fear that my secret would get in the way of my dreams,” Rogers wrote.

“Secrets can cause so much internal damage. People love to preach about honesty, how honesty is so plain and simple. Try explaining to your loved ones after 25 years you are gay. Try convincing yourself that your creator has the most wonderful purpose for you even though you were taught differently.

“Life is simple when your secret is gone. Gone is the pain that lurks in the stomach at work, the pain from avoiding questions, and at last the pain from hiding such a deep secret.”

Rogers, whose most recent of 18 appearances for the US squad came in 2011, said football was a refuge for him as he fought personal issues.

“I always thought I could hide this secret. Football was my escape, my purpose, my identity. Football hid my secret, gave me more joy than I could have ever imagined.

“I will always be thankful for my career. I will remember Beijing, The MLS Cup, and most of all my teammates. I will never forget the friends I have made a long the way and the friends that supported me once they knew my secret.

Rogers scored two goals for the Americans, including the first goal by the US side with former German international Jurgen Klinsmann as coach, netting the equalizer in the 73rd minute of a 1-1 home friendly draw with Mexico in 2011.