You would imagine that Arsenal have more than enough creative midfielders, with the likes of Jack Wilshere, Santi Cazorla and Mikel Arteta among Wenger’s playing staff, however the Daily Mail believe that two top German playmakers are also on the Gunners wish-list. 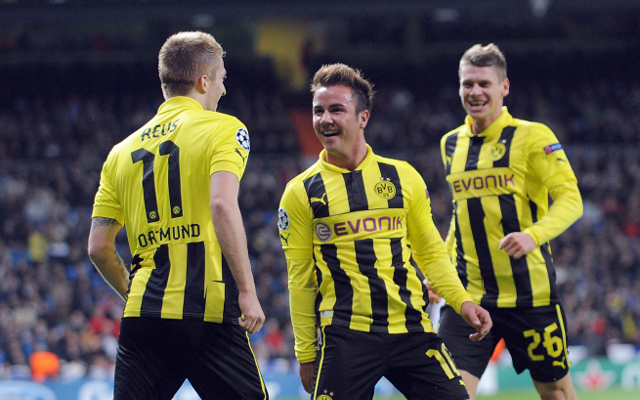 Borussia Dortmund pair Marco Reus & Mario Gotze are apparently being scouted by Arsenal. Moves to capture either of these German talents would be a tad surprising and would certainly involve the Premier League club having to smash their current transfer record spend.

Reus only moved to the Westfalenstadion in the summer but has been an instant hit, able replacing Man United bound Shinji Kagawa, netting 10 goals and laying on eight assists already this term.

Mario Gotze is also having an excellent season and though Jurgen Klopp’s side may be set to lose their grip on the Bundesliga title it would still be a massive shock if either of these young talents were Arsenal bound.