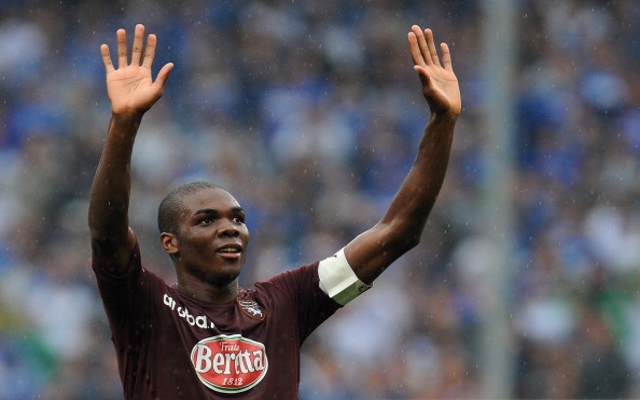 Little-known duo options for moves to the Emirates Stadium.

Wenger is expected to undertake a major overhaul of his misfiring squad at the end of the season with strikers David Villa from Barcelona and Fiorentina’s Stevan Jovetic the most talked about transfer targets.

But, according to the Daily Mail, it is Lyon’s holding midfielder Gonalons and Torino central defender Ogbonna, who have both been capped by their countries, that are most interesting the Arsenal manager.

The 23-year-old Gonalons has been with Lyon his entire career and has graduated into the French national team, and he caught the eye of Wenger during the French side’s Europa League defeat at Tottenham last week.

Ogbonna, meanwhile, is the man Wenger wants to bolster his weak defence with the 24-year-old also on the wanted list of Manchester United after impressing with his performances in Serie A this season.

According to the report, Wenger has sent scouts to watch both players ahead of a potential summer move to sign the pair. He has also been linked with swoops for West Ham’s Mohamed Diame, Bordeaux’s Yohan Gourcuff and goalkeepers Victor Valdes and Simon Mignolet of Barcelona and Sunderland respectively.