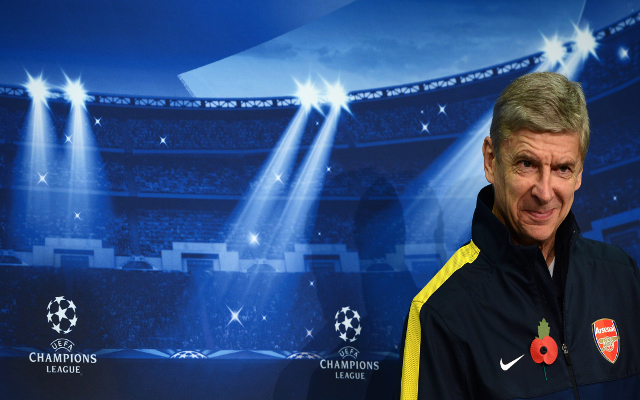 Under fire Arsenal boss Arsene Wenger insists he has no intention of quitting the North London club despite growing criticism of the Gunners’ boss after the worst season of his 17-year reign.

Wenger has been under fire from fans and pundits for much of the season, but the last week has been a new low for the Frenchman as his side crashed out of the FA Cup against Championship club Blackburn and then slumped to a 3-1 home defeat to Bayern Munich that left their Champions League hopes in tatters.

Barring a miracle comeback against Bayern in the second leg, Arsenal will have gone eight years without a trophy at the end of this season and many fans believe the time has come for Wenger to go.

But the 63-year-old, whose team have been reduced to a desperate scrap to finish in the Premier League’s top four, says he is not about to walk away from the current difficulties because his desire to do the job burns as bright as ever.

Asked at press conference on Friday if he had considered his position this week, Wenger said: “Never. Not one second. I don’t think that spark has anything to do with your age.

“If I go out now and play one against one with you, you will see I will beat you and at least if I don’t manage to beat you, I will want to beat you. That will not change as long as I can move.”

Wenger believes there needs to be a sense of perspective around what is regarded as achievement at the Emirates Stadium, with Arsenal having continued to qualify for the Champions League despite testing financial circumstances.

“We live in a world of emotion, of excess, and it is down to people who have responsibilities to put that into perspective and keep solid and keep guiding the club in the right way,” said Wenger, whose side face struggling Aston Villa on Saturday.

“My responsibility is to keep the guidelines and guide the team and the club in what I feel is the right way.

“What is important for me is to focus on the next game and try to give my best, like all the players.”

Wenger, though, insisted it was very much a case of business as usual rather than an inquest into the team’s problems.

“The meeting speaks about many things. Commercial, ticket prices, long term plans. I make my report as well on the technical side, so it was the usual thing,” Wenger said.

“Of course we had no euphoria because we have gone through a disappointment on Tuesday night but apart from that we are responsible people who know what it is to fight.”

With so much criticism from outside the club threatening to destabilise his squad, Wenger called on the fans and players to show a unified front.

“What we need is to be united and strong, and not to be destabilised by people who have strong opinions after one game,” Wenger said.

“I believe what is important is that the club always goes with the guidelines we have and do not change direction every time we lose a big game, that would lead to a disaster.

“A bad period for a club is also a good opportunity to show how united and strong you are. We have a good history of that at Arsenal.”