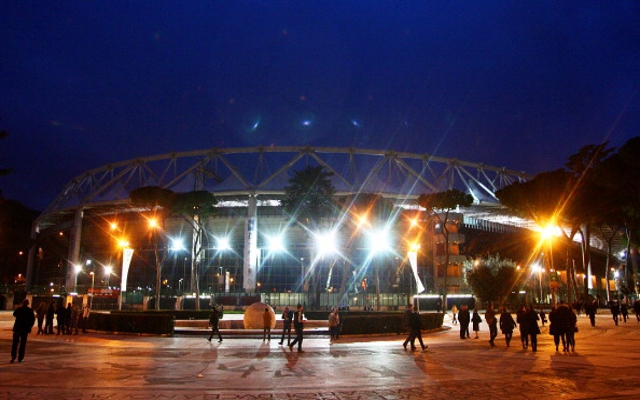 Three Borussia Moenchengladbach fans were stabbed in Rome prior to the club’s Europa League game in the Italian capital.

The fans, in Rome for their side’s Europa League game against Serie A side Lazio, were stabbed at different locations around the city, according to La Gazzetta dello Sport newspaper.

None of the injuries were life-threatening according to the report.

Over 8,000 ‘Gladbach fans were in Rome although the stabbings reportedly happened before the game at the Olympic Stadium.

A 50-year-old doctor was attacked at Ponte Milvio, a 30-year-old was stabbed nearby and a third was attacked outside the Hotel Hilton, said Gazzetta.

It is not the first time fans of Lazio are alleged to have to have been linked to acts of violence against visiting fans.

The Rome club has been targeted by European football’s governing body UEFA after the Italians’ Europa Cup tie with English Premier League side Tottenham was marred by racist chanting earlier this season.

Lazio were previously fined £32,500 ($51,800, 40,200 euros) by UEFA after monkey chants were directed at Tottenham players during the reverse fixture in London in September.

Before the match against Spurs in Rome, fans of the north London club were attacked in a pub by a group of about 40 people, leaving several in hospital.

Two people, reportedly with connections to Rome’s other Serie A club AS Roma, were arrested and charged with attempted murder.