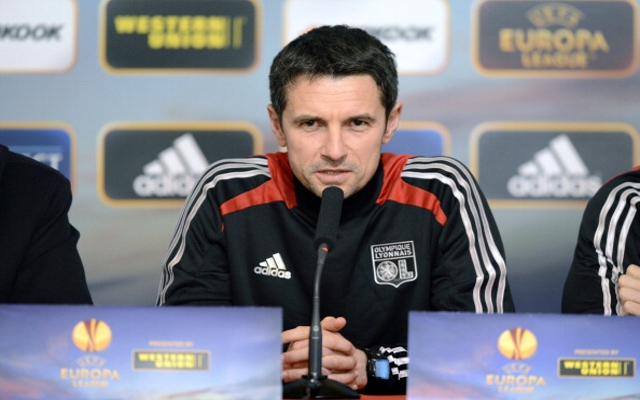 A man the Emirates Stadium faithful are ready to back?

As a player defender Remi Garde made little impact at Arsenal but perhaps as a manager he could be the ideal man to take the Gunners reins from Arsene Wenger, when the Frenchman does inevitably leave the North London club, be it sooner or later.

46 year old Garde has done a wonderful job in charge of a Lyon side that has seen a number of their top talents leave in order to balance the books at the financially crippled club.

Indeed Lyon owner Jean-Michel Aulas would perhaps have expected, and perhaps even accepted, his side to lose their way as he looks to cash in a steady stream of player to help cover the club’s debts and he will be delighted to see his side mount a genuine push for a Ligue 1 title.

That such a title tilt is up against, as well as Marseille, a PSG side that have spent huge sums to win the French domestic title is perhaps an even greater testament to what Garde has achieved.

This period of enforced austerity has shown that Garde can make the most of what he is handed, an attribute that Arsenal’s penny pinching board will no doubt have noted. The manager’s relatively young age will also be a factor that could see the former French international as a viable candidate to one day take over at the Emirates Stadium. Lyon won seven successive Ligue 1 titles from 2001 and 2008 and then the bubble burst. Last term was the first in 14 seasons when the club failed to finish in the top three.

Since June 2011 when Garde took over Lyon have offloaded a wealth of talent with the likes of Michel Bastos, Hugo Lloris, Aly Cissokho and Kim Källström all leaving as Aulas looked to both bring in money from their sales and to cut their excessive wage bill.

Garde guided Lyon to fourth last term and has continued to work his magic this term, guiding OL second spot in Ligue 1, just three points off Carlo Ancelotti’s PSG side.

Remi Garde has also opted to draw more on Lyon’s young talent as a result of being hamstrung financially, a move that is perhaps in keeping with Wenger’s own organic ethos.

Indeed Garde’s work with Lyon’s academy has borne fruit and clearly he has learnt a great deal from his former boss and has incidentally publicly backed Wenger in recent days stating;

“I think that Arsene Wenger is still a top-class manager,”

“He has spent so many years at this club, he has brought so much to this club.

“I can testify because I used to be one of his players. He brought so much to the club, even if he didn’t win so many trophies.

Indeed perhaps his loyal admiration for Wenger could perhaps be the biggest obstacle to any potential move to replace the 63 year old with Garde, but if the Arsenal boss were to leave the Premier League side willingly then he may well advocate and support the appointment of his former charge.

Though some very big names have been linked with filling any potential vacant slot that would be created by Wenger’s departure it does seem in keeping with Arsenal tradition to appoint a manager of Garde’s ability and potential, the connection to the club is also one that could prove such an appointment one Gunners supporters would back.

A move to bring Garde in this summer with Wenger making way for the Lyon boss certainly seems one that is entirely plausible.