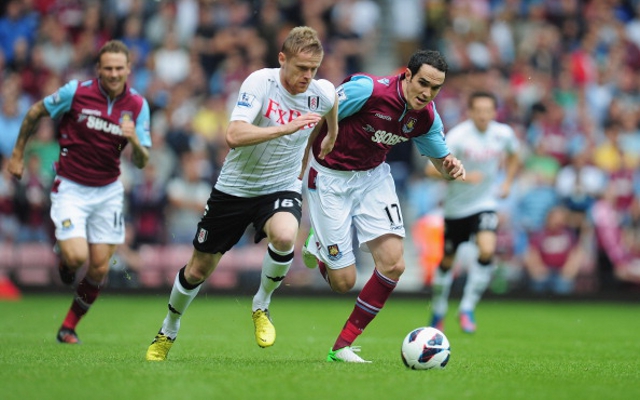 Check in to Sunderland vs Fulham

Fulham have handed veteran winger Damien Duff a new one-year deal after he impressed manager Martin Jol with his fitness this year.

Duff was out of contract at the end of the season and, about to turn 34 next month, his future at the club was not secure. But Fulham have rewarded him for his form this season by extending his contract by a year and he will now stay at the club until the end of the 2013/14 campaign.

Duff has scored three times this season in 22 Premier League appearances for the mid-table club.

Jol moved to secure the services of the diminutive Republic of Ireland international earlier with a further 10 players set to be out of contract in the summer.

“I’ve loved my time at Fulham since I joined the club more than three years ago, so I’m really happy that I am going to stay here for a further year,” Duff told the club’s official website.

“With 12 matches remaining this season, a top-10 finish is still possible and would represent another good season for the club as we aim to play in the Barclays Premier League for a 13th consecutive campaign.

“I will always give 100 per cent for the chairman and the club, and I look forward to another season playing at Craven Cottage, which really is a special ground.”

Duff started his career at Blackburn Rovers before securing a £17million move to Chelsea, where he won two Premier League titles and the League Cup for a second time having also lifted it when at Ewood Park.

He left Stamford Bridge to move to Newcastle United but suffered relegation from the Premier League including scoring the decisive own goal that sent the club down. Duff then joined Fulham in 2009 and has made 143 appearances for the club.