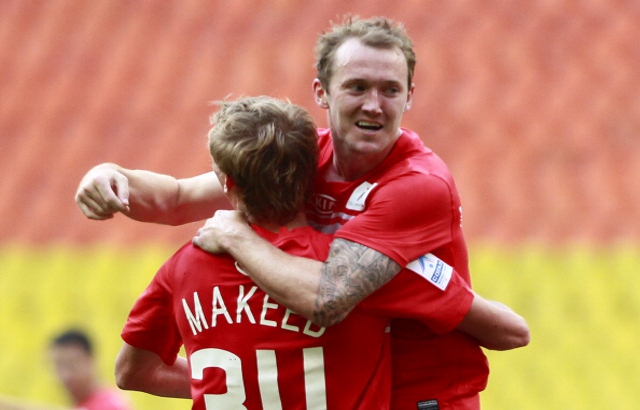 Check in to Norwich City vs Everton

Everton have earmarked a move for Spartak Moscow winger Aiden McGeady according to the Daily Express.

The Goodison Park side apparently see the former Celtic attacker as a potential replacement for Marouane Fellaini, even though clearly the two players occupy different positions. This source may feel that McGeady would act as a fresh goal-scoring option for David Moyes to consider should they lose their prized asset.

McGeady’s agent Jan Dreyer admitted his client is open to a move to England.

He told Russian paper Izvestia: “If Aiden does get a really serious offer from England, which suits the management at Spartak Moscow, we will certainly consider it.”

The 26 year old Glasgow born Irish international has been a moderate success since his move to the Russian capital.

McGeady was a big success during his seven seasons in the Celtic first team, during which time he won three SPL titles. The cultured wide-man would almost certainly jump at the chance of a move to the Premier League.