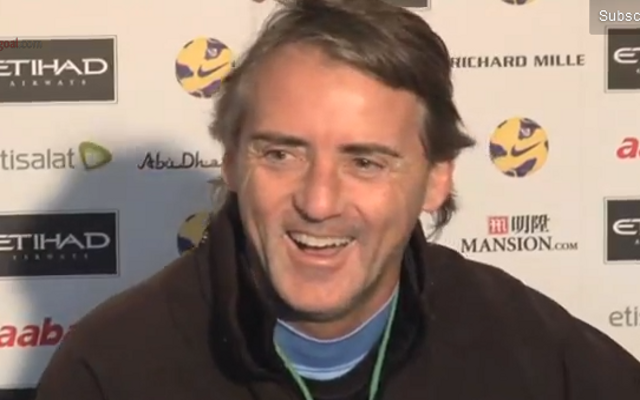 Manchester City manager Roberto Mancini has promised the club will continue fighting for the Premier League title after reducing the gap at the top to 12 points following a 2-0 win over Chelsea.

Rivals Manchester United extended their lead to 15 points on Saturday, but City grabbed three points of their own with a deserved three points thanks to what in the end was a comfortable success over Chelsea.

And the Etihad Stadium manager has promised City will not be giving up their Premier League title just yet and promised that the trophy is not in Manchester United’s hands just yet.

“We can’t think it’s finished with 11 games to go,” manager Mancini told Sky Sports after the victory. “It’s not my mentality or the mentality of the players.”

Yaya Toure and Carlos Tevez both struck second-half goals to seal the victory in a game in which City had the better chances. It could have been different, however, had Frank Lampard not had a penalty saved by Joe Hart with the scores level.

Hart made amends for bring down Demba Ba five minutes into the second-half by denying Lampard what would have been his 200th goal in a Chelsea shirt.

“If they score the penalty, we still had a chance to win because we had another 40 minutes,” Mancini added. “I think Joe is the best in England and one of the best in Europe and I am pleased for him because he saved a penalty.”