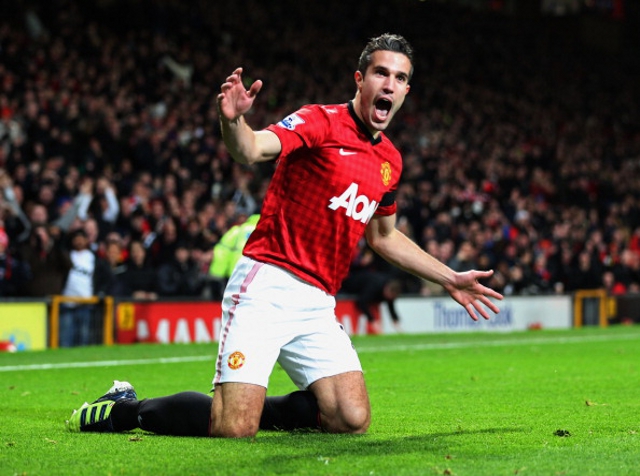 Van Persie damaged his hip when falling on a camera in the build up to Rafael Da Silva’s stunning opening goal which set up a 2-0 victory for United at the Premier League’s bottom side.

Dutch international Van Persie came off six minutes before half-time and was replaced by Danny Welbeck and could miss United’s next game on Saturday when Norwich City visit Old Trafford in the Premier League.

But Ferguson does not believe that Van Persie will be on the absentee list when Real Madrid visit on March 5 with the Champions League last 16 clash finely poised after a 1-1 draw in the first leg at the Bernabeu.

“He collided into a camera which was dug out of a piece of ground, he collided into the base of it and that’s given him a sore hip,” Ferguson told Sky Sports. “I imagine it will be tender and sore for a few days, but hopefully he’ll be alright, particularly for the Real game.”

Van Persie has been a revelation since joined Manchester United from Arsenal in the summer. The 29-year-old has scored 23 times in 34 appearances this season for the Old Trafford club including 19 in the Premier League.