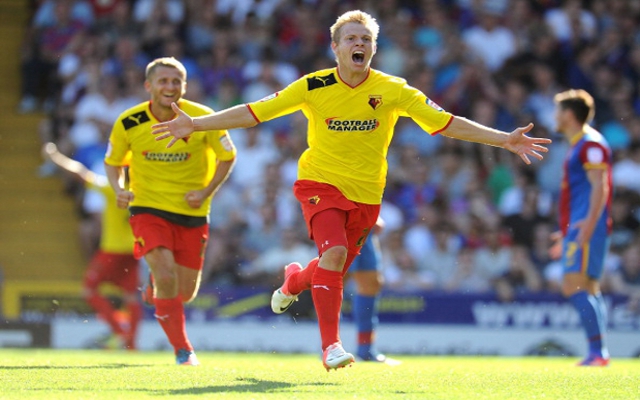 Arsenal are reportedly interested in Watford forward Matej Vydra according to Goal.com.

The 20 year old Czech Republic forward is currently on a season long loan spell at the Championship side from Italian club Udinese and has proven very successful since his move to the English second tier.

Vydra has netted 20 goals in 20 starts for the Vicarage Road side, who are fighting to secure an automatic promotion spot into the Premier League.

This source quotes his value at £10m but it would perhaps be surprising for Arsene Wenger to consider such a move for a player who hasn’t played top tier football in any of Europe’s major leagues, having still to make his Udinese debut.

Though Wenger may well feel the need to add to Olivier Giroud and Theo Walcott, his main two striking options, it seems unlikely that the Arsenal boss would turn to Vydra as a potential summer purchase.

Watford will hope that his goals push them into the Premier League and will then look to make his move to the club a permanent one.