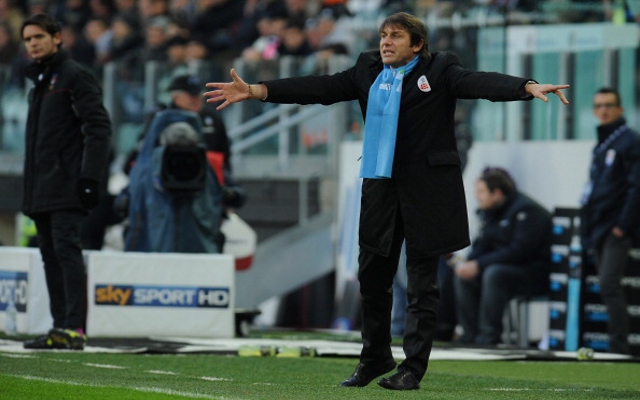 Chelsea are keen to bring Juventus manager Antonio Conte to Stamford Bridge as a long term replacement for interim boss Rafa Benitez according to the Daily Express.

The Italian helped his Turin side to a Serie A title last term without his side losing a single game and continue to sit top of the table this term with Conte’s side looking likely to make it into the Champions League Quarter Finals following a 3-0 away win against Celtic.

However Conte is known to be interested in managing abroad and this could well play into Roman Abramovich’s hands.

“I’ve always said that my ambition is to coach abroad one day and I’m pleased to receive marks of esteem from important clubs, it means that we are working well.”

Prior to his stint in charge of Juventus Conte also has spells at Bari, Atalanta and Siena and has lost just six out of 81 matches he has managed the Old Lady of Italian football.

Abramovich is unlikely to offer Benitez the post beyond his interim role following a series of poor displays in charge of the West London club.