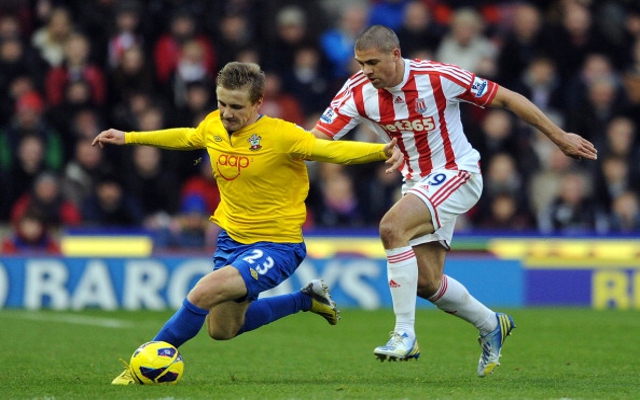 Check in to Chelsea vs West Bromwich Albion
Chelsea have made Southampton’s teen sensation Luke Shaw their top target to replace Ashley Cole, according to the Daily Mail.

The Blues had a £10m bid rejected for the 17-year-old left-back last month and also tried to bring the England under-21 international to Stamford Bridge in the summer.

But talks between the two clubs are on-going and the West London outfit are confident of landing Shaw in a mega-money deal next summer.

England centurion Cole ended speculation about his immediate Chelsea future by signing a new one-year deal last month but finding a long-term replacement for the 32-year-old remains a priority – despite the continuing managerial uncertainty at the club.

Chelsea could loan teenage Shaw back to Southampton for the whole of next season if the club’s new boss feels that Cole is capable of keeping up his consistent form past his 33rd birthday.

Arsenal boss Arsene Wenger is also interested in Shaw and has instructed chief scout Steve Rowley to watch the prodigal starlet on a number of occasions.

The Gunners have already landed Theo Walcott and Alex Oxlade-Chamberlain from the St Mary’s club but Chelsea are currently in pole position for defender Shaw.