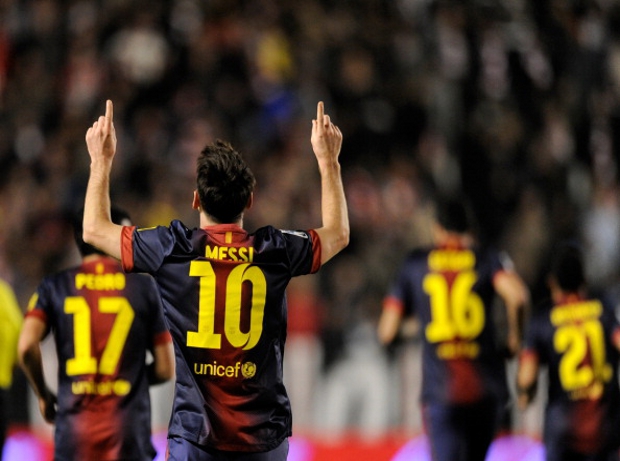 Ahead of Barcelona vs Real Madrid in the Copa del Rey tonight, here’s a video of all seventeen goals Barca star Lionel Messi has scored against his team’s arch rivals. This article was originally published on the excellent fanatix site.

Check in to FC Barcelona vs Real Madrid!

He has scored in three of the last four El Clasico matches, following somewhat of an unusually barren spell against Barca’s arch rivals, having failed to find the back of the net in any of the previous four fixtures.

This compilation of Lionel Messi goals against Real Madrid shows the 25 year-old Argentina international at his best – darting dribbling, unstoppable finishing, remarkable movement, and a cool head at set pieces.

Messi is almost indisputably the best player in the world today, and arguably the greatest in history.

If he is able to produce on the world stage with his country as well as he has for his club so far, there will be little case for the opposition to answer.

Watch the video below to see each of Messi’s 17 goals against Real Madrid so far: