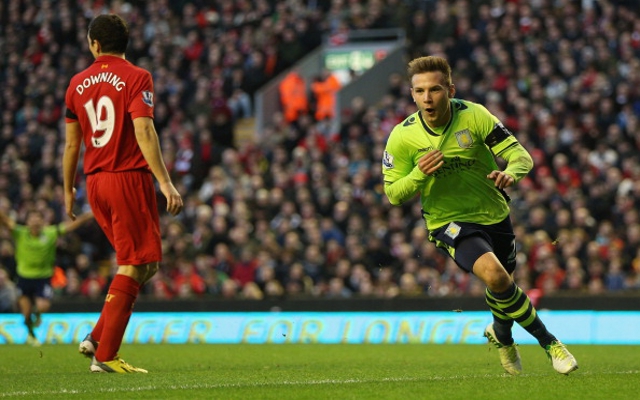 Arsenal are said to be interested in Aston Villa youngster Andreas Wiemann according to the Daily Star.

The Villa Park side are eager to tie down the 21 year old to a new deal but as yet have not managed to do so and with the Austrian set to have a year to run on his current contract come the summer there is likely to be a fair bit of interest in his services.

Arsene Wenger saw first hand what the young attacker has to offer as he watched on as Weimann scored a long range goal for Aston Villa at the Emirates Stadium last weekend.

Weimann joined Aston Villa as a 16 year old back in 2007 and worked his way through the ranks before being handed his debut with the Midlands side in August 2010 and has scored ten goals in all competitions thus far this season and is a player Wenger may feel has the potential to make the grade at Arsenal.

Though Arsenal have a fair few talents coming through the ranks Arsene Wenger doesn’t have a wealth of striking talent at present, relying on Theo Walcott and Olivier Giroud up front, preferring to use Lukas Podolski and Gervinho in wide attacking roles.

Weimann can play out wide as well but could be seen as a player to beef up the Gunners front-line.