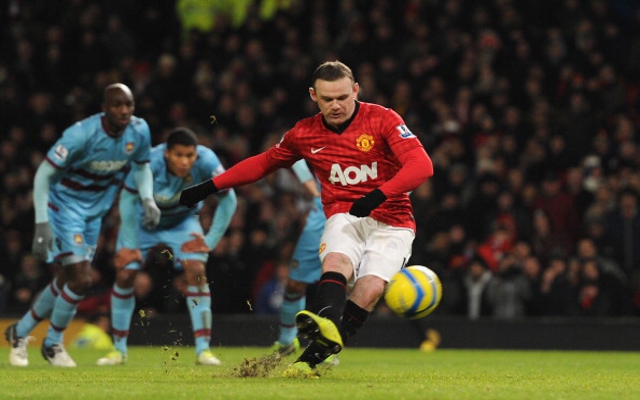 Big spending Ligue 1 side PSG will mount a summer move to sign Man United forward Wayne Rooney this summer according to The Times.

The Parc des Princes side are looking to make further ‘Marquee’ signings this summer and see the 27 year old as an ideal foil for Zlatan Ibrahimovic and feel that with the England man set to enter the last two years of his contract they could tempt the Man United striker into moving to the French capital.

PSG feel that Rooney could be unsettled by the presence of Robin Van Persie at Man United, which has led to the former Everton man moving into a supporting role, and on occasion moved into the club’s midfield, albeit to great effect.

Backed by significant funding from Qatari owners PSG can certainly meet Rooney’s salary demands and are apparently ready to make a move for the £40m rated forward, a move that Sir Alex Ferguson will surely fight off.

Rooney is into his ninth season at Old Trafford and has previously stated his intention to leave, only to be persuaded by Sir Alex Ferguson to stay at the club.

During his time at the club he has notched up 194 goals, the fourth highest total in the club’s history, in 392 appearances.

PSG currently sit top of Ligue 1 and look likely to clinch their first domestic league crown since 1994 and are on course to book their place in the Champions League quarter-finals having won away in Valencia in their first leg encounter.

The club have spent huge amounts on incoming talents with the likes of Zlatan Ibrahimovic, Thiago Silva, Lucas Moura and Ezequiel Lavezzi joining the club in the past 12 months.