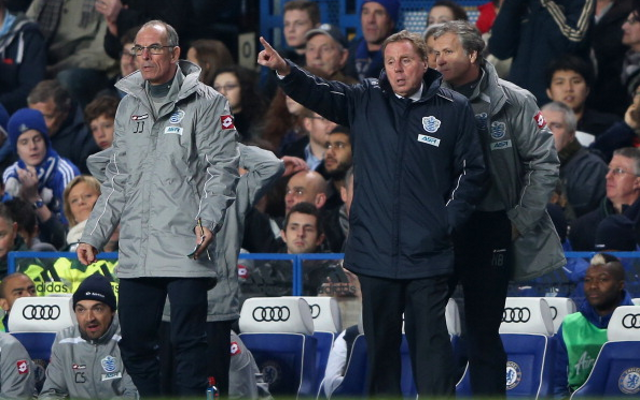 Despite being one of QPR’s most impressive players in a season of struggle in the Premier League, centre-back Nelson left Loftus Road in January after being offered the head coach position at Toronto.

And Nelson has set his sights on bringing proven performers from the Premier League and the Championship to the MLS franchise with former team-mate Emphraim one of his leading targets.

Toronto president, Kevin Payne, told the MLS website: “We’re in hopefully the final stages of signing him to a loan agreement with Queens Park Rangers. We hope that will be concluded in the next day or two.”

Toronto are also trying to bring Tottenham midfielder John Bostock, who Nelson was team-mates with at White Hart Lane, and Cardiff’s Welsh international striker Robert Earnshaw to the league on loan deals similar to that proposed for Ephraim.

“All of these players would initially be on loan because we want to be able to have an opportunity to see them in our league before we make long-term commitments,” Payne added.

Juventus eyes American wonderkid as the Italian side prepares for a youth movement Mar 14 2021, 9:00
MLS