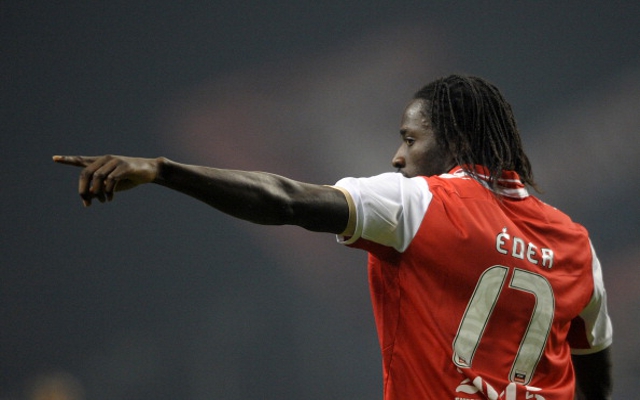 White Hart Lane manager Andre Villas-Boas has been left short of options up front at times this season – particularly in January when Emmanuel Adebayor was on international duty at the African Cup of Nations with Togo and Jermain Defoe was sidelined with an ankle injury.

Tottenham have already tried and failed with bids to sign Brazilian international forward Leandro, who impressed Villas-Boas during the London Olympics. But Tottenham could not reach an agreement with the £17million rated striker’s club Internacional last summer or again in January with his complicated three-party ownership proving to be the stumbling block.

Napoli are expected to provide competition for Leandro’s signature in the summer as they look for a replacement for Edinson Cavani, who is expected to leave the club at the end of the season to join either Manchester City or Real Madrid who are both keen on the £55million man.

Eder, meanwhile, is a player already known to Villas-Boas with the pair having worked together at Academia during the 2009/10 season. The 25-year-old Portuguese international is now with Braga and would cost around £5million to purchase in the summer.