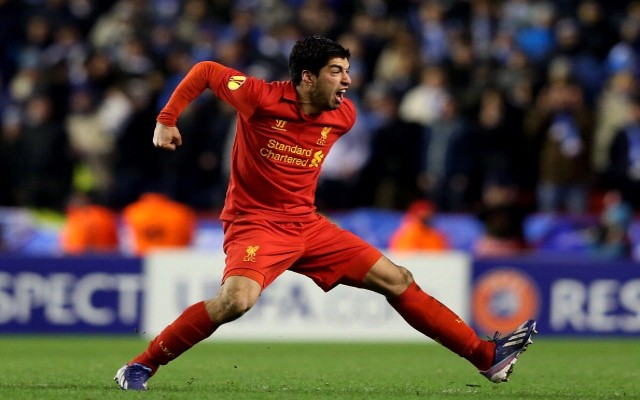 Anfield club confident their star striker will remain on Merseyside next season.

Liverpool manager Brendan Rodgers has told clubs wanting to sign Luis Suarez in the summer to forget about because his star striker is going nowhere.

Suarez is under contract with Liverpool until 2018 having only just signed a new long-term contract and Rodgers insisted the Uruguayan international will not be leaving Anfield with suitors circling with potential £40million offers.

Source: Sportinglife
Manchester City manager Roberto Mancini has declared an interest in signing Suarez in the summer, while new Bayern Munich boss Pep Guardiola has also been credited with interest ahead of taking over at the Bundesliga club at the end of the season.

However, speaking at his pre-match press conference ahead of Liverpool’s trip to Wigan in the Premier League, Rodgers insists that he will not be considering any approaches for Suarez, who has formed an impressive partnership with Daniel Sturridge.

Rodgers said: “I haven’t seen anything different that would make me feel he wouldn’t be here and I had a great conversation with his agent a couple of weeks ago. He came in and rolled it out that he was so happy here and keen for the club to progress over the next couple of years.

“I’ve made him sort of my architect within the group and he and I communicate a lot so I get a feeling. It is not like I don’t talk to him. Is he deserving of that Champions League level? Of course he is but I would be confident enough he will be here because he is enjoying his football.

“I was talking about the future and development and he was reciprocal in his conversation that he is loving it here. He has really enjoyed the season – the most productive since he has been here. He is enjoying the style and the way of working. His desire is to see Liverpool progress and that is why he signed last summer.

“I don’t feel or see anything different that would change my mind. Hopefully we continue to keep a great player like that.”

Suarez has scored 27 times for Liverpool this season in a busy campaign which has already seen him make 41 appearances, four of which were from the bench.