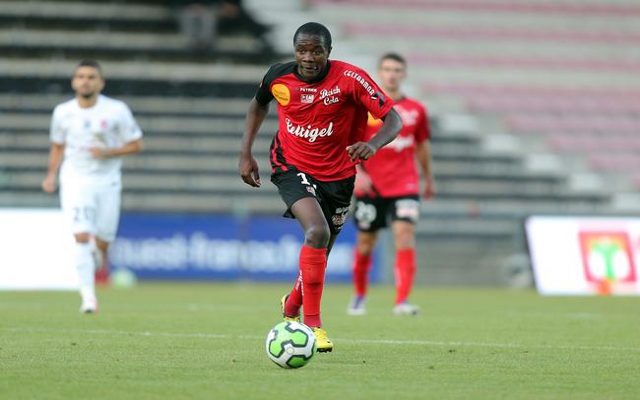 Newcastle United are attempting to add another name to the French revolution at St James’ Park with midfielder Giannelli Imbula on the club’s wanted list.

Manager Alan Pardew revived the fortunes of his struggling side with an influx of new names from across the English Channel in the January transfer window with five players joining from Ligue 1 clubs.

The new names – Mathieu Debuchy, Yoan Gouffran, Moussa Sissoko, Mapou Yanga-Mbiwa and Massadio Haïdara – have helped revitalise the club and steer Newcastle United away from the drop zone in the Premier League.

And Pardew is set to continue his policy of buying affordable young players from the French market and has targeted 20-year-old midfielder Imbula as his next target.

The Belgian-born Imbula is currently playing in Ligue for En Avant de Guingamp, with his current contract running until 2015. Newcastle’s scouting network have performed personal checks on the midfielder and an offer is set to be made in the summer.

Imbula told Sky Sports: “I am trying to finish the season strongly. I have a contract until 2015 so let’s see what will happen. Guingamp is my club and they will have their say. Newcastle are in the Premier League, you are talking about a big club, but nothing is done. It is only paper talk.”