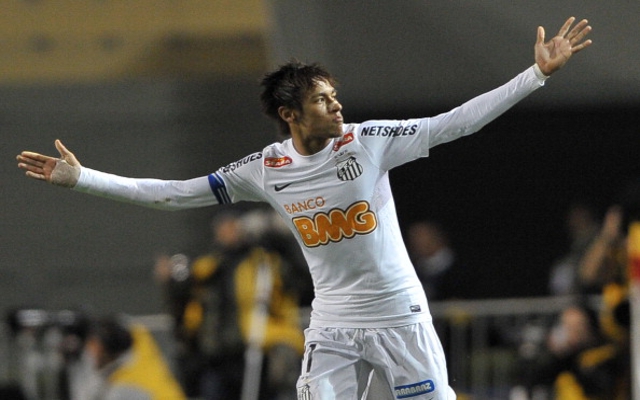 Allianz Arena side to launch mammoth bid for Santos starlet.

Check in to Bayern Munchen vs Fortuna Dusseldorf

Many expect the 21 year old to remain in his native Brazil up until the completion of the 2014 World Cup but the likes of Barcelona are seemingly keen to lure the forward sooner rather than later and clearly an offer of the magnitude proposed by this source could be hard for the Sao Paulo side to turn down.

With Bayern Munich romping towards a Bundesliga title and close to safely through to the Champions League Quarter Finals to boot, Neymar may well be open to a move to the Bavarian side, a move that will be all the more tempting with Pep Guardiola set to take over at the Allianz Arena in the summer.

Neymar has been scoring goals for fun in Brazil, 129 in 209 appearances, but clearly it is hard to judge his quality in terms of what he has to offer in one of Europe’s big leagues, which makes a bid of this size all the more astounding.

Neymar has also scored regularly for the Brazilian national team, 17 goals in 27 appearances.