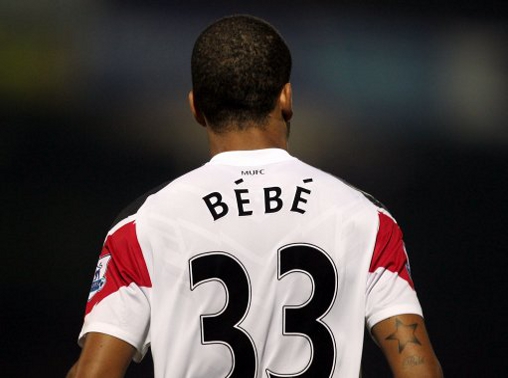 Manchester United paid £7.6million to Portuguese side Vitoria de Guimaraes to sign 20-year-old prodigy Bebe in 2010 but to date his seven appearances for the club have come at a price of more than £1million each.

The striker may only be 22 still, but with Robin Van Persie, Wayne Rooney, Danny Welbeck and Javier Hernandez ahead of him in the pecking order it seems unlikely he will ever become a Premier League hit.

Loan spells at Besiktas last season and to Rio Ave this season have not resulted in Bebe fulfilling his undoubted potential and United should make him available for a permanent move away from Old Trafford at the end of the season.