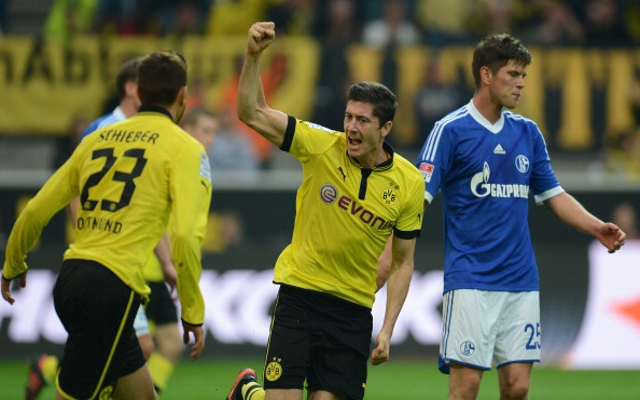 Manchester City striker Edin Dzeko is set to become a summer transfer target for Borussia Dortmund according to The Metro.

Dortmund know next season may prove to be even harder, with the imminent arrival of Pep Guardiola at Bayern Munich, but are determined not to let Guardiola have an easy path to the Bundesliga crown.

The Bundesliga champions are currently trailing runaway leaders Bayern Munich in the German top flight and are keen to bring in additions in preparation for a renewed attempt at the title next season.

Those plans may be hampered however by the expected departure of Polish star Robert Lewandowski, who is interesting the likes of Manchester United and Bayern Munich.

They have lined up a short-list of three attacking reinforcements who they believe can fire in the goals that can lead them to glory.

Top of that list is Manchester City’s Bosnian forward Edin Dzeko, who made a name for himself with Bundesliga side Wolfsburg, with Dortmund are attracted by the player’s proved goal-scoring record in the division.

Manchester City are likely to be open to offers with manager Roberto Mancini keen to rebuild a squad he perceives as having become complacent after winning the Premier League title last year.

A defence of their title looks unlikely this season with a significant gap having developed between them and league leaders Manchester United.

Should Dortmund fail to land the Bosnian, they are thought to have lined up former Manchester United player Mame Biriam Diouf and Mahammed Abdellaoue, Hannover 96’s Moroccan international.