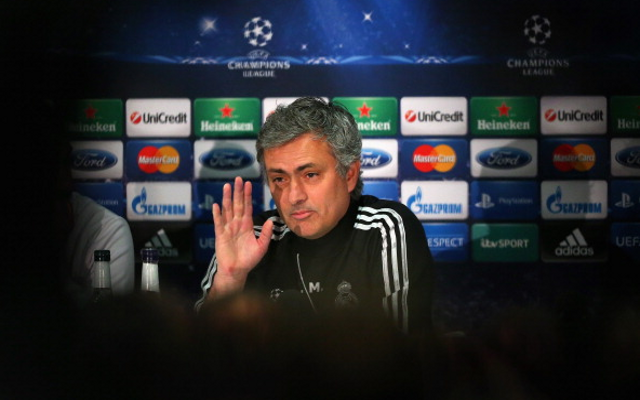 Stamford Bridge side look to bring in former manager as soon as possible.

Check in to Chelsea vs FC Steaua Bucuresti

Chelsea are ready to appoint former boss Jose Mourinho as their new manager this month according to the Daily Star.

Stamford Bridge owner Roman Abramovich is set to offer the position to the Portuguese boss and if Real Madrid fail get past Man United tonight then that Champions League exit could leave Mourinho free to leave the Bernabeu this month.

With the La Liga title all but sewn up by Barcelona it appears that even the chance to clinch a Copa del Rey triumph against city rivals Atletico would not keep ‘The Special One’ from being allowed to leave Real Madrid.

Mourinho remains unhappy at the Bernabeu, despite two wins over Barcelona in the space of a week, and he feels he has lost the support of the players and the backing of the club’s hierarchy.

The 50 year old manager would be welcomed back with open arms by the Chelsea faithful and he may well be the ideal man to put the club back on track after a disastrous season.

Indeed Abramovich may feel that such an appointment will see him back in the supporter’s good books after his decision to harshly sack Roberto Di Matteo backfired.

Roman Abramovich believes a move to bring in Mourinho this month can greatly aid his side’s chances of securing that all important Champions League berth for next term.