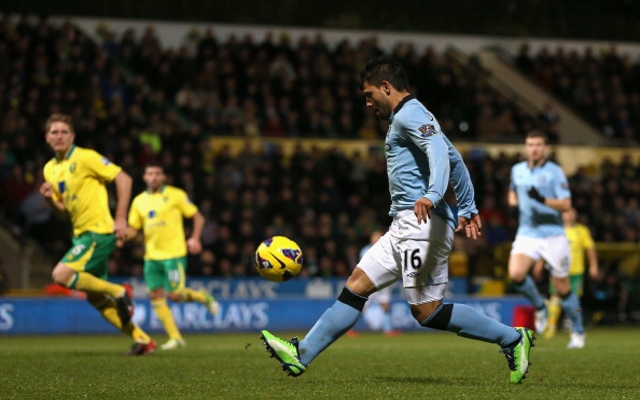 Diego Maradona has tipped Manchester City striker Sergio Aguero for a return to Madrid according to The Daily Mail.

The Argentine international made a name for himself on the European scene after a number of successful seasons at Atletico Madrid.

That persuaded Manchester City to splash out and bring him to the Emirates Stadium, and he has since gone on to become one of the biggest names in world football after leading City to the Premier League title.

‘Kun [Aguero] is the solution for the future of Madrid, and Ronaldo, the perfect compliment. Sergio is pure movement, while [Karim] Benzema and Pipit [Gonzalo Higuain] are two tanks who can split the defence, yes, but they collide with Ronaldo.

‘One of these days it will take Cristiano ahead to one of the two sometimes. Sometime I think we are going to have to put a traffic light there to regulate traffic between them.’

Despite Aguero recently splitting up with Maradona’s daughter, the legendary striker couldn’t hide his excitement at the prospect of Aguero joining Real Madrid.

‘It would be spectacular. I keep seeing him at Madrid, although it is true that right now he is very happy at City, very happy at the club. Of course, living in Manchester is liking living in a freezer.’