Arsenal are planning a move to sign Real Madrid bit-part player Raul Albiol this summer according to Tribalfootball.

The experienced defender, who was already low down on Jose Mourinho’s pecking order, has seen his chances at Bernabeu further limited by the emergence of young Frenchman Raphael Varane and now the former Valencia man is set to leave the Spanish giants in the hope of re-igniting his career.

The 27 year old Spanish international has been restricted to just six La Liga starts this term and Arsene Wenger is said to be keen on landing the centre-back to help beef up a Gunners defence that has made far too many schoolboy errors this season. 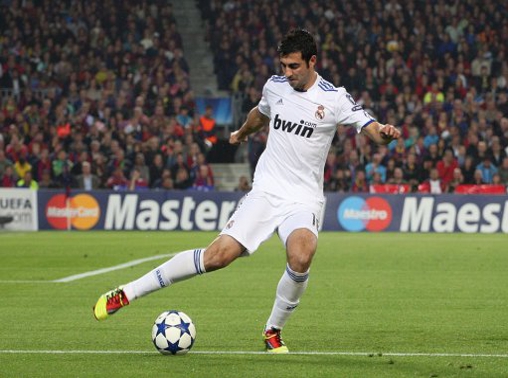 Though Wenger has three international level central defenders to pick from; Per Mertesacker, Thomas Vermaelen and Laurent Koscielny, Arsenal have found it hard to keep clean sheets, managing just two in their last Premier League fixtures, and the French boss is hopeful he can bring in Albiol to help give him further options at the back.

This may be all the more likely given that Sebastien Squillaci is unlikely to be offered a new contract when his current deals runs out this summer and it is likely that loaned out Swiss international Johan Djourou will not return to the North London club with Hannover said to be ready to make his temporary switch a permanent one.

Albiol has over 300 top tier appearances to his name as well as 38 Spanish national team caps.