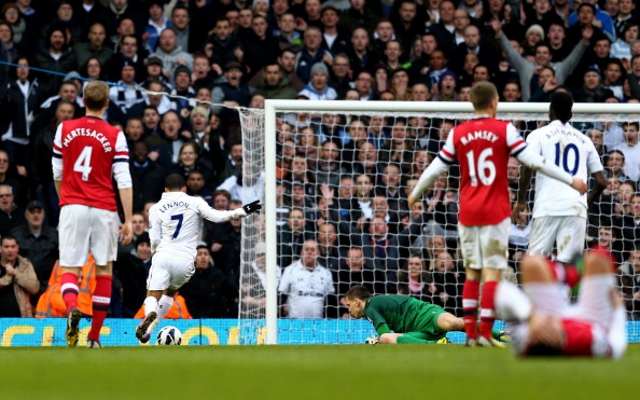 Serie A side Inter Milan are hoping to make an approach for Tottenham’s Aaron Lennon in the summer according to The Metro.

The two clubs go head to head this week in their Europa League last 16 tie in a repeat of the Champions League fixtures that saw Gareth Bale announce himself on the European stage.

The Italian side are more interested in what Spurs have available on the other flank however, and are looking to tempt Tottenham with a bid for the pacey Lennon come the end of the season.

Inter believe Lennon’s trickery would be perfectly suited to the task of unlocking defences in the famously tight Italian leagues and are ready to start the bidding at £8 million.

That is unlikely to be enough to persuade Tottenham to sell, as it is thought that they value the player nearer to double that figure.

The North-London club are unlikely to consider selling the player at all should they qualify for next season’s Champions League as Spurs boss Andre Villas-Boas is keen to build a squad that is capable of simultaneously performing well in the Premier League and progressing to the latter stages of Europe’s top competition.

Lennon is unlikely to consider leaving should Tottenham finish inside the top 4 but may be tempted where Tottenham were to slip up and finish in fifth.