Emirates Stadium youngster sure to turn down advances.

Man City are readying a surprise summer move for Arsenal full-back Carl Jenkinson according to the Daily Mirror.

In recent seasons the Etihad Stadium side have made a habit of signing players from the North London club, with Kolo Toure, Emmanuel Adebayor, Samir Nasri and Gael Clichy making the same switch but a move to bring in Gunners fan Jenkinson would surely be doomed to failure. 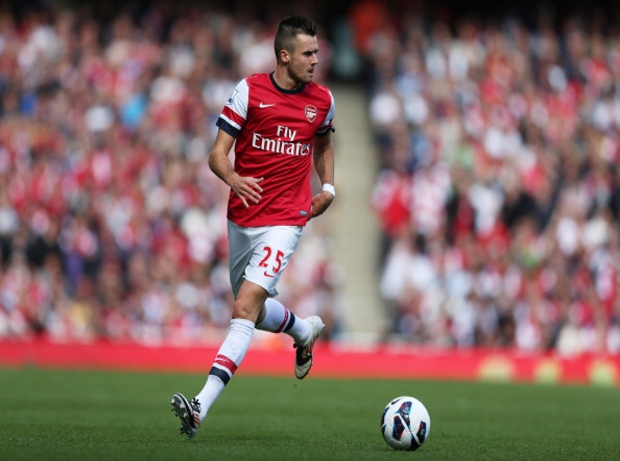 The 21 year old former Charlton Athletic man only signed a new long term contract with Arsenal last December and has been given a fair chance to prove himself in the Arsenal defence.

The right-back, who has been used on the left flank at times, has made 19 appearances in all competitions this season and with Bacary Sagna’s Arsenal future in doubt one would imagine that Jenkinson would fancy his chances of becoming Arsene Wenger’s first choice in his position so would perhaps not be interested in a move to Man City, despite the obvious financial rewards such a move would secure.

Jenkinson is known to be an Arsenal fan and is from a family of staunch Gunners supporters, making a move away from the club anytime soon surely next to impossible.

Also given the form shown by Pablo Zabaleta this term one wonders why Roberto Mancini would feel the need to bring in further options in the right-back area, especially given he can call upon the likes of Micah Richards and Maicon as back-up possibilities.