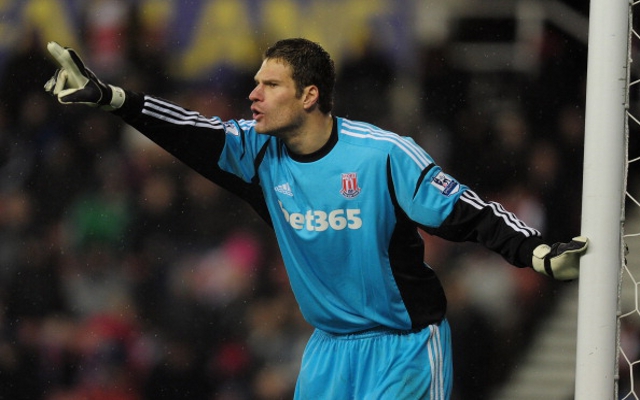 Stoke goalkeeper Asmir Begovic has insisted he is trying to ignore the speculation regarding his future according to Sky Sports.

The Bosnian goalkeeper has been subject to persistent speculation regarding his future after a number of impressive performances between the Stoke goalposts.

That only increased during the January transfer window when Stoke announced they had agreed a deal for young England goalie Jack Butland.

While the player was immediately loaned back to Birmingham, it was reported that Butland rejected the overtures of Chelsea on the grounds that he wanted first team football.

It would then come as a surprise were Butland to sit on the Stoke bench next season raising questions over the future of Begovic.

The 25 year old is doing his best to ignore the speculation and is concentrating on performing well in Stoke’s up-coming matches.

‘I must confess it is nice to hear these things. It is always nice to hear what others are saying, it means you are doing a good job’, said Begovic.

‘But I have no time to think about this. My only concern is Stoke City as I want to be as good as I can be for my club, and for my national team.

‘So quite simply, I really don’t have time to think about a move or anything else.’