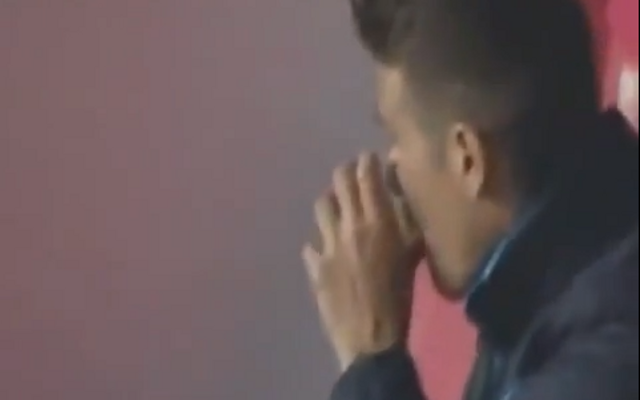 Check out this video of Celta Vigo star Enrique De Lucas sipping on a beer during one of his side’s games. The player is set on the subs bench, but doesn’t look too keen on coming on.

He looks like he’d much rather be in the pub judging by this footage!

The player leans forward to pick up his plastic cup, which is soon revealed to be filled with beer-like fluid. Not sure too many Sunday League managers would be happy with that, let alone those in the Spanish top flight!