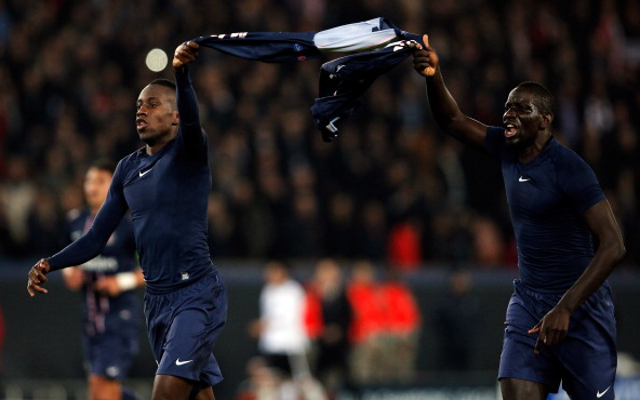 PSG edged Valencia to book a place in the last eight of the Champions League.

Check in to PSG vs AS Nancy

Paris Saint-Germain coach Carlo Ancelotti praised his players after they battled past Valencia to join the continent’s elite in the quarter-finals of the Champions League for the first time in 18 years.

Leading 2-1 from the first leg of their last-16 tie, PSG appeared at real risk of blowing it when Jonas put Valencia in front on the night early in the second half.

However, Ezequiel Lavezzi’s equaliser calmed the nerves and helped the French capital club go through, with a 1-1 draw ensuring a 3-2 aggregate triumph.

Now they enter the hat with the likes of Real Madrid, Borussia Dortmund and Juventus, with Bayern Munich, AC Milan and Barcelona among the other clubs still looking to join them.

Ancelotti has won Europe’s leading club competition both as a player and as a coach with Milan, so he knows what it takes to go all the way, but he admits that the performances of his newly put-together team have pleasantly surprised him.

“Nobody knows how far we can go,” said the Italian.

“Up to this point we have done very well but this is our first year in the competition for a lot of the players.

“They have been fantastic so far, and now we will need to see what the draw brings.”

Top of Ligue 1, and through to the quarter-finals of the French Cup, PSG are one of just a handful of European clubs still in with a chance of winning three major trophies this season.

Ancelotti says he is proud of that fact, even if his team’s performances have often come in for criticism.

“We can’t put all of our energy into Europe, because we are still fighting on three fronts,” he said.

“Porto, Juventus and Bayern Munich are the only other teams in Europe still fighting on three fronts, so I am very happy with the team and I want to say thanks to all of the players.”

With talisman Zlatan Ibrahimovic missing due to suspension, and David Beckham left on the bench, Kevin Gameiro was the star on the night for PSG, coming on to replace Thiago Motta just before the hour and setting up the crucial equalising goal for Lavezzi.

It was the diminutive striker’s first appearance in the Champions League this season, and Ancelotti singled out the French international for praise.

“Gameiro did very well,” said the Italian. “I wanted an extra midfielder initially, which is why he didn’t start, but when he came on he did well and was the key to getting the equaliser.”

“He played very well,” he added, with his decision not to send on Beckham proving ultimately to be justified.

“To replace Motta I had to choose between Gameiro and Beckham and I thought he could bring more attacking energy.”

Meanwhile, Valencia coach Ernesto Valverde was left to wonder what might have been after his side gave themselves too much to do by conceding twice in the first leg at home.

“The first leg had an impact on this game,” he said. “This game was similar, with us having most of the ball, but we didn’t allow them as many clear chances this time.

“We had to be tighter at the back but still try to win the game. Unfortunately we tired towards the end and that allowed PSG more opportunities.”

Valverde acknowledges that PSG are a strong team but, when asked, he refused to say how far he thinks the French club can go in the competition.

“Now every side that is in the quarter-finals is strong,” he added.

“I don’t know how far they can go. They are a new team with a new coach. They are having a good season but now they can expect to face tougher ties.

“I’d prefer it if the question was the other way round and that it were us in last eight, not them.”