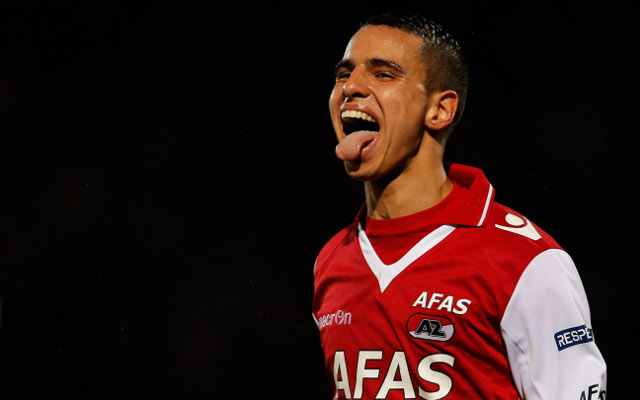 Manchester City look set to bid for AZ Alkmaar’s Adam Meher according to The Mirror.

The young midfielder has caught the eye of a number of top European clubs after some impressive displays in the Dutch Eredivisie.

Citizens boss Roberto Mancini looks set to overhaul his squad this summer after becoming disappointed with his side’s attempt at retaining the Premier League title this year.

Mancini believes that a number of players have become complacent after winning the title and are no longer pushing themselves to perform at their best.

One of those is believed to be former Arsenal midfielder Samir Nasri, who has struggled for form this season and is set for a summer exit from the Etihad Stadium.

Adam Maher is the player identified as his replacement and City are believed to be preparing a £8 million bid for the 19-year old Dutchman.

Director of Football Txiki Begiristain has reportedly already held talks with the player’s representatives and has invited the youngster to attend a game at the Etihad Stadium.

City are likely to face competition for the player’s signature though with Dutch giants Ajax and PSV Eindhoven also reported to be monitoring the player’s situation. It has been suggested Maher may prefer to remain in his homeland while he completes his footballing education.