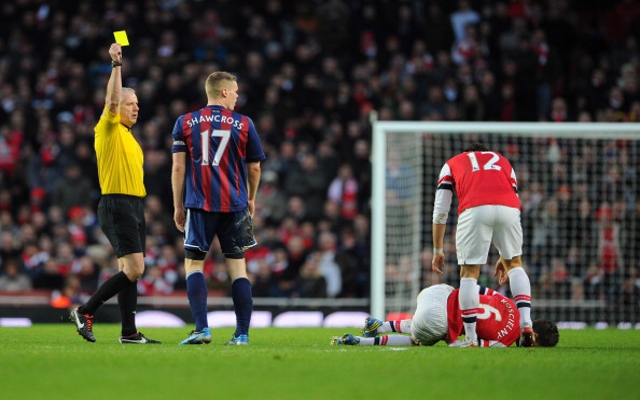 Stoke defender Ryan Shawcross is eager to be given another chance at international level according to ESPN.

The player was given his first taste of international football during England’s friendly against Sweden that saw Zlatan Ibrahimovic score one of the goals of the season.

But Shawcross is desperate to add to his tally and not be added to the list of players who have made just one solitary appearance in a Three Lions shirt.

‘Stoke isn’t the most fashionable club so it is harder to get in the England squad, but it has shown in the past that if I am playing well I will get picked. It is ultimately up to me to play well’, he said.

‘I haven’t spoken to Roy Hodgson, but I think that is a standard thing. I want to get back in the squad and the only way I can do that is by performing well for Stoke and hopefully Stoke playing well too.

‘It was when we were on that unbeaten run before Christmas that I got called up. It takes the club to do well and me to do well for me to get picked.’

Stoke are currently on a bad run having picked up just one win in their last nine outings but Shawcross will be determined to help Stoke stem the tide during their next game against Newcastle United.