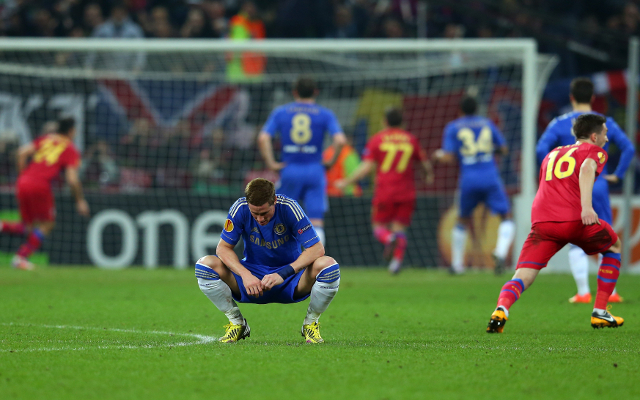 Chelsea suffered a narrow defeat in Romania after Steaua Bucharest edged the West London side thanks to a first half penalty.

Britain’s roller-coaster European ride endured a couple of Europa League twists Thursday when Chelsea slumped to a 1-0 loss at Steaua Bucharest while Newcastle carved out a 0-0 draw against Anzhi Makhachkala.

After a traumatic week in the Champions League which saw Manchester United and Celtic defeated, Chelsea, who captured the continent’s top prize last season, put in a toothless display in the Romanian capital in their last-16, first-leg tie.

The only goal of the game came in the 34th minute when Raul Rusescu beat Petr Cech from the penalty spot after he had been chopped down by Ryan Bertrand.

Chelsea manager Rafael Benitez made five changes from the side which beat West Bromwich Albion 1-0 in the Premier League at the weekend, including a recall for John Terry.

But the Londoners rarely troubled Ciprian Tatarusanu with only a late drive from Marko Marin requiring a serious save from the Steaua goalkeeper.

“It was a difficult game. It was a good result for them and the pitch was not the best,” said Benitez.

“We gave away a soft penalty but we had chances. We will have to go back to Stamford Bridge next week and have confidence we can win. We all have to push together.”