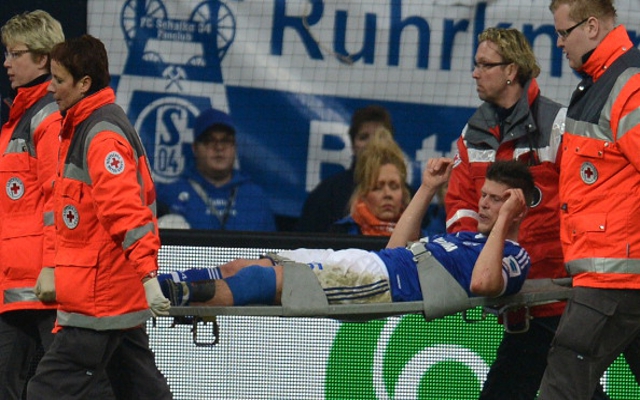 Check in to Schalke 04 vs Galatasaray

Schalke warmed-up for Tuesday’s Champions League last 16, second leg clash at home to Galatasaray with a 2-1 win over neighbours and rivals Borussia Dortmund in Gelsenkirchen in the Ruhr derby.

Schalke have a fighting chance of reaching the last eight having drawn 1-1 in Istanbul three weeks ago and claimed their second derby win of the season.

Having already enjoyed a 2-1 win at Dortmund last October, Schalke claimed their second by racing into a 2-0 lead.

The hosts went ahead when Japan defender Atsuto Uchida, making his first appearance since the start of February after injury, swung in a cross which teenager Julian Draxler converted on 11 minutes.

Worryingly, ahead of the Galatasaray clash, Huntelaar had to be helped off with an injury in his left knee ligament on 53 minutes.

Dortmund pulled a goal back when Robert Lewandowski equalled the club’s record of scoring in each of his last seven Bundesliga games to match the feat of ex-Germany striker Timo Konietzka in the 1964/65 season.

Having come off the bench after the break, Dortmund star Marco Reus provided the final pass for Lewandowski to drill home his 17th league goal of the season, but despite the pressure, Dortmund failed to grab an equaliser.