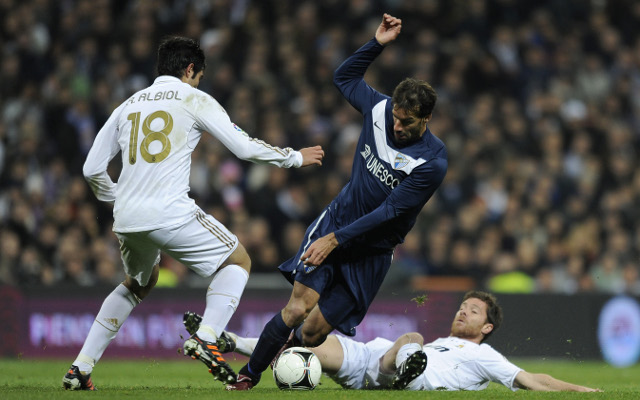 Real Madrid defender set to make move to The Emirates.

Arsenal are set to make a move for Real Madrid’s centre-back Raul Albiol.

The Spanish defender has found himself out of favour at the Bernabeu following the arrival of young French defender Raphael Varane in the Madrid first team.

Albiol now finds himself behind the likes of Varane, Pepe and Sergio Ramos in the pecking order and is reported to be keen to move on as he pursues first team football.

The pugnacious defender is known for his strength and technique and is thought to be someone who could bring some composure into the Arsenal back-line.

Arsenal boss Arsene Wenger has reportedly identified the defence as a key area for improvement after seeing his side fall away in the race for the Champions League this year.

Whilst there is no doubt that both of current pairing Thomas Vermaelen and Laurent Koscielny are accomplished players, it is thought a player with better leadership qualities is needed to marshal the defence.

Wenger is also thought to be interested in Albiol on account of his ability to fill in at right back, with the future of Bacary Sagna looking increasingly uncertain.

Were Albiol to join, he would join a growing Spanish contingent at the Emirates that includes the likes of Mikel Arteta, Santi Cazorla and Nacho Monreal.