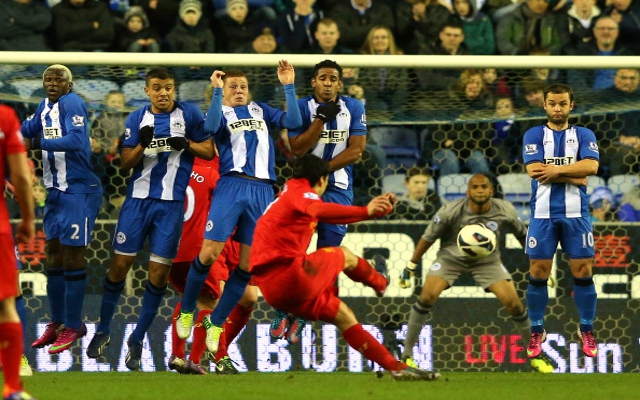 This source believes that the Vicente Calderon are ready to fork out £35m in the pursuit of the Uruguayan, who they will look to replace Radamel Falcao, who it appears is likely to leave the La Liga side at the end of the current campaign.

Liverpool may well fear that the former Ajax man would be tempted by any side who can offer the Champions League football the Merseyside club have failed to garner for the prolific forward.

Suarez is having an excellent season but his 21 goal Premier League haul hasn’t yielded the placing he would have hoped for, with Brendan Rodgers side currently sitting in eighth place, some ten points off a top four spot.

However Diego Simeone’s side are virtually certain of a Champions League spot having successfully split La Liga giants Barcelona and Real Madrid thus far this term.

Suarez may be tempted by a move to join a side that is certainly on the up, under the guidance of one the most sought after manager’s. Simeone helped Atletico to a Europa League title in his first season and has helped his side to second place in La Liga, collecting 18 wins from 26 matches.

Liverpool will of course look to fend off interest in their star striker but may have a struggle to do so if the 26 year old opts to push for an Anfield exit.