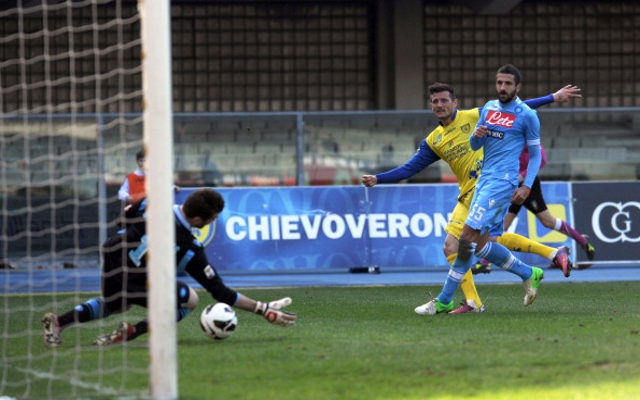 Chievo dented Napoli title hopes with a win over the second placed side.

Check in to Pescara vs Chievo

It was a miserable day for Napoli in Verona as they fell to defeat at Chievo for the third year in a row.

They have managed only two goals in their last seven games in all competitions while Cavani’s last successful strike came at the end of January.

French-born Senegal international full back Boukary Drame opened the scoring for Chievo on 12 minutes with Frenchman Cyril Thereau doubling the advantage just before the break.

The defeat leaves out-of-sorts Napoli, who have not won in their last seven games in all competitions and five in the league, dropping into the clutches of hard-charging AC Milan.