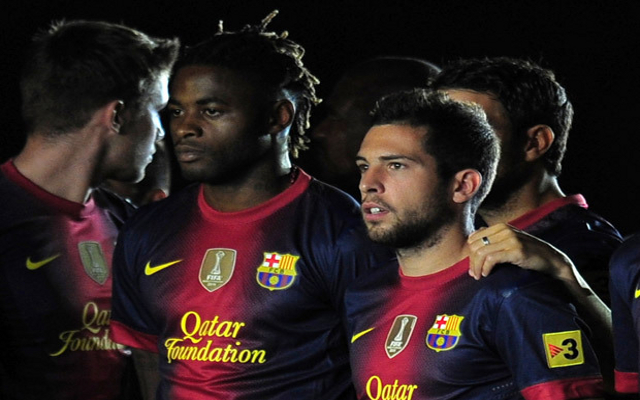 Barcelona midfielder Alex Song is reportedly looking to secure a return to North London side Arsenal having failed to make an impact at the Nou Camp.

TuttoMercato claim that the Cameroon international is growing frustrated at the lack of first team action he has garnered since his summer move to the Catalan club and is now hoping that Arsene Wenger is interested in re-signing him.

The former Gunners star has started just nine of the club’s 27 La Liga fixtures, only two of which have come in 2013. The £15m signing suffered the ignominy of being named by the Marca as one of the worst signings of the season and shows no sign of moving any nearer to securing a regular spot in Tito Vilanova’s starting eleven.

Assistant manager Jordi Roura, who is filling in for Vilanova as he undergoes cancer treatment in New York, appears to share the view of his boss and has barely used Song since he took the reins.

PSG are also said to be monitoring the tough tackler but the fact that Arsene Wenger never adequately replaced Song could be the catalyst for a move to re-sign the former Bastia man.

Wenger has opted to use creative midfielder Mikel Arteta in a holding role whilst looking to Abou Diaby to avoid his usual raft of injury concerns, something the French international has failed to do.

Song spent seven seasons at the North London club, making over 200 appearances for the Gunners, indeed his final campaign at the Emirates Stadium saw the player evolve into a more forward thinking midfielder, leading to his becoming the club’s leading assist maker in 2011/12.