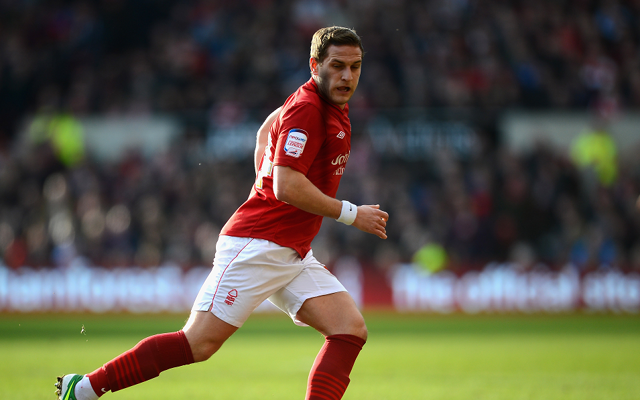 Sharp is all set to turn his loan move from Premier League side Southampton into a permanent deal in the summer according to the Daily Mirror.

The 27-year-old has spent the season on loan at Nottingham Forest where he has impressed by scoring 10 goals in 30 appearances and manager Billy Davies is eager to bring him on board on a longer deal.

Sharp has been told that he isn’t in new Saints boss, Mauricio Pochettino’s plans, even if they are relegated.

Having only joined Southampton during last season’s January transfer window he managed to score nine times in 17 appearances as the Saints successfully gained promotion to the Premier League. He managed to get on the scoresheet in August against Stevenage in the Capital One Cup before linking up with Forest on deadline day.

He made his debut the next day against Charlton Athletic, but had to wait until the end of October to bag his first goal as the club endured a difficult start under new manager Alex McLeish.

Forest’s form has since picked up and they now find themselves in the hunt for a play-off spot under Billy Davies.

Southampton will look to recoup a large portion of the £1.8 million they paid Doncaster Rovers for the striker’s services.