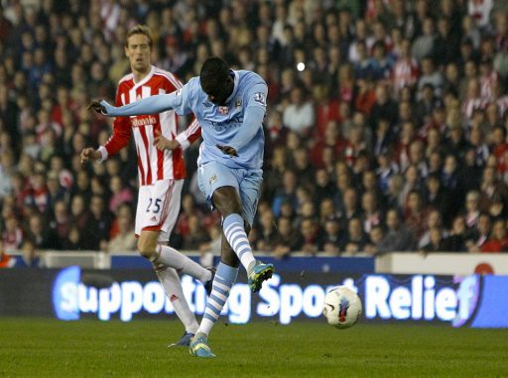 Manchester City’s midfield colossus Yaya Toure is the heartbeat of their side that has won the Premier League and FA Cups in recent seasons and is the reigning African Player of the Year.

Toure swapped Spain for England when he joined Roberto Mancini’s team from Barcelona in 2010 for £24 million, having won the Champions League with the Catalan giants in 2009.

The Ivory Coast star earns £170,000 a week, but his salary can rise to as much as £220,000 a week including bonuses. Toure has also negotiated an image rights agreement at the Etihad worth a further £1.5m a year and has a Champions League qualification bonus of £800,000. When he signed the deal he was the highest earner in the Premier League.

Toure is one of the poster boys for Puma and has negotiated a four-year deal worth a seven-figure amount each year with the German sportwear giant. The deal includes an agreement in which Puma makes large-scale kit donations to underprivileged children in West Africa.

He began his playing career at Ivorian club, ASEC Mimosas, before moving to Beveren in Belgium, FC Metalurh Donetsk in the Ukraine, Olympiacos in Greece then Monaco, before he left France for Barcelona for £6.7m in 2007.

The 29-year-old is a strict Muslim and has over 70 international caps.