Emirates Stadium side keen on Spanish based duo.

Arsenal boss Arsene Wenger will this summer look to re-shuffle his squad and has eyed up moves for a pair currently plying their trade in La Liga according to Italian source CalcioMercato.

Wenger has set his sights on French international centre-back Adil Rami, a player he has targeted in the past, as he looks to reorganize a defensive line that has looked shaky for much of the current campaign.

The 27 year old Valencia man may well be tempted by a move to the North London club and his Mestalla side are in dire financial straits so a move to sign the big defender may well come ‘on the cheap’.

Rami is an experienced campaigner who spent five seasons with Lille before leaving the club shortly after their Ligue 1 title success and the Corsican has been a solid performer over the past 18 months at Valencia. 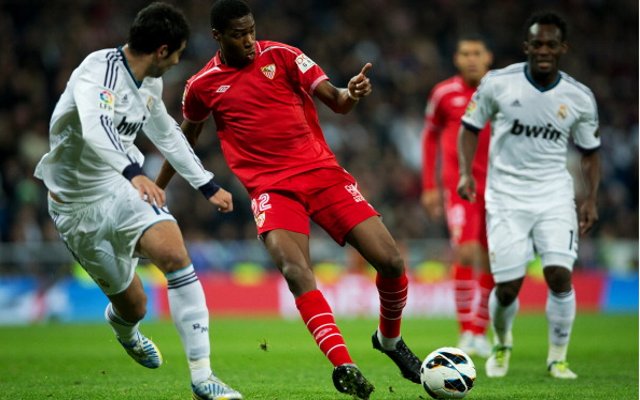 Wenger has also targeted a move for French youngster Geoffrey Kondogbia who may well help fill the void that was created when Alex Song left for Barcelona last summer.

The 20 year old tough tackler could well give Arsenal the steel they badly need in the centre of the park, releasing Mikel Arteta from his enforced holding role and providing protection for the likes of Jack Wilshere and Santi Cazorla.

Kondogbia has impressed since his summer move to Sevilla, making 21 La Liga appearances thus far this season. The adaptable youngster can also play at left-back and in the centre of defence if needed.