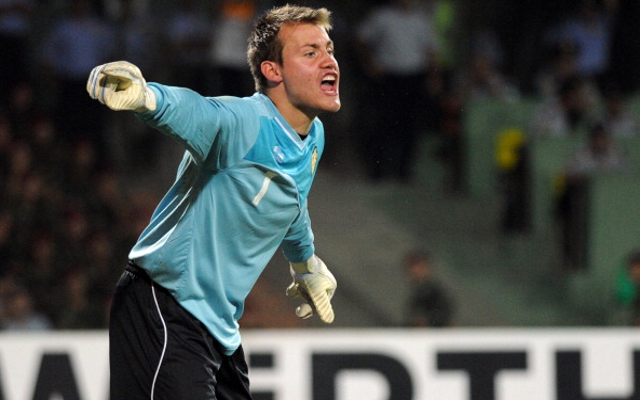 Sunderland goalkeeper Simon Mignolet has admitted to feeling the pressure as his side fight for their Premier League survival according to ESPN.

The goalkeeper has been the club’s outstanding performer this season and Sunderland would surely find themselves in a far more precarious position where it not for Belgian’s outstanding displays.

Mignolet is hoping his performances have not gone unnoticed by his national team manager as he vies with Atletico Madrid’s Thibault Courtois for the Belgian number one spot.

But Mignolet has admitted the pressure of the relegation battle is not eased by the international break.

‘It’s a change of scenery, but it doesn’t mean you switch off’, said Mignolet.

‘A couple of the lads are away with the national teams over the next few weeks and then we’ve got six or seven weeks until the end of the season when we have to make sure we get the points we want.

‘I’ll go away with Belgium for two very important games. My main focus will obviously be on that. But we have to make sure that when we come back for the game against [Manchester] United – we’re ready for that one.

‘The longer it goes on without the results you want obviously confidence in the team is going to drop. That’s only logical. But we’re professional footballers. We have to look at our own performances and make sure we get the points we want. There’s enough in the dressing room to get the points we need.’

Mignolet’s performances this season have led to reports linking him to a number of Premier League sides.

Arsenal have been strongly suggested to be on the verge of making an approach for the player as they look to bring in competition for Wojciech Szczesny.

The Polish goalkeeper has committed a number of high profile mistakes this season and Arsenal boss, Arsene Wenger, is reportedly ready to offer Mignolet the number one gloves at the Emirates.