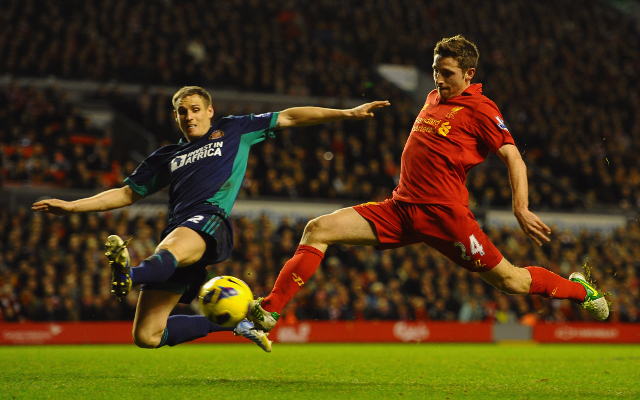 Liverpool are set to finish the Premier League season without midfielder Joe Allen according to The Guardian.

The midfielder is set to undergo surgery on a troublesome shoulder injury and will miss Liverpool’s remaining Premier League games.

Allen suffered the injury in October but has been playing with it in Brendan Rodgers’ team as the club felt they could not afford to be without the midfielder for the three months it takes to recover from the op.

The Anfield club were given no choice in the matter though when the injury deteriorated. Allen was visibly in pain during his side’s 3-1 defeat to Southampton last weekend. The player had to come off the field at half-time and Allen will now undergo the procedure at some point this week.

Allen has also therefore pulled out of the Wales national squad. They are set to face Scotland and Croatia this week but Allen will no longer be available for selection.

The midfielder is not expected to return to action until pre-season training in the summer.

Allen was one of Rodgers’ first signings for the club when he arrived last year. The player joined from Rodgers’ former club Swansea for a fee in the region of £15 million.